I don’t think all writers are sad, she said. I think it’s the other way around — all sad people write. – Lang Leav

Five years ago today, my friends and I met Lang Leav, whose compilation of love poems, Love and Misadventure, attracted massive attention and positive reception despite being launched just the previous year. By using conversational language in the traditional stanza format, her poems capture the fleeting moments of pure emotions.

However, as her books gain worldwide popularity, Lang Leav’s poetry started to be criticized both for its “not-poem-enough” form and alleged toxic content. If my college literature professors would give her work the time of day, they would most likely not call it poetry at all. In academic lens, it takes using subtle imagery (among other things) — and not just rhymes in Hallmark greeting cards — for a piece of writing to be labeled poetry. Of course there’s also this complicated topic of canon, that I won’t even try to discuss at this point. Still, others slam the best-selling author for promoting a hyper-romanticized perspective on love.

To be honest, I’m not crazy about Lang Leav either but I understand why a certain demographic appreciates her writing. She climbed down from the Ivory Tower and wrote “poems” that are raw and accessible. An Instagrammer even refer to her collection as “the book that made me fall in love with poetry.” Leav’s well-crafted simple words explode like bombs to verbalize the feelings left unsaid. Which is the whole point of writing anyway: communicating with people by making them find themselves in your words. Sure it might not be sufficient, but at least it’s a start.

Lang Leav is a contemporary writer; but is she a poet? Maybe not in the orthodox sense of the word. I do have high regards for traditional literature and I’m a supporter of educating people about certain literary standards. At the same time, I’m also open to evolution of forms, for change is a product of the times. And perhaps, now is Lang Leav’s time.

I'm a researcher and teacher who loves art, music, literature, journaling, and vintage aesthetic. "Chasing the Stars" is a personal blog about wholesome and worthwhile pursuits. Let's pursue our dreams together. ❤ View all posts by Regina Starr

3 thoughts on “The Love Poet” 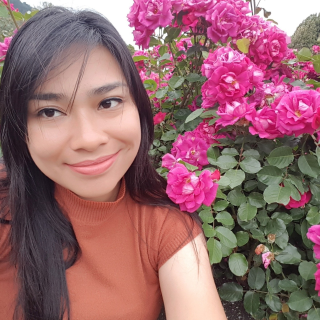